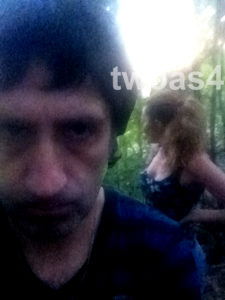 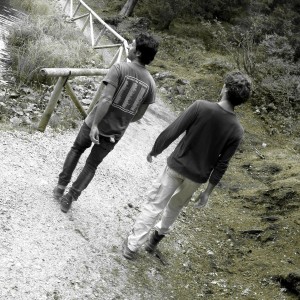 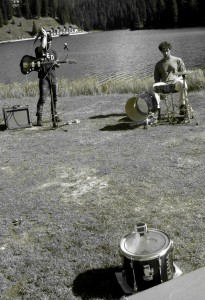 “Marea gluma” is their the second work published in 2017 and mixed by Andrea Bergesio. Most of the songs came from recordings still made  by Oscar and Alan M. Schiaretti but there are also two new tracks coming from different experiences and some new guests that have work togheter with the band: Jon Roseman, Roberto Sburlati, Stefano Vivaldi, Andrea Bergesio, Francesco Martinelli, Maurizio Corridori, Emanuele Roma, Elena Grazi, Giulia Neculau and the always present Luminita Ilie.

At the moment they are mixing with Andrea Bergesio and Paolo Mauri the new album recorded at the Entropya studio in Perugia with Stefano Bechini. Bass and Sinthesizer overdubs has been recorded and played by Diego Ferri and Stefano Vivaldi. The first single was to be a song dedicated to Marco Pantani and had to be presented last february 2019 at exactly fifteen years after his death but at the end, it has been not possible because the whole album wasn’t ready for that date. 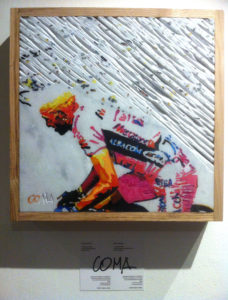 Here on the side the marble painting that has been exposed for the first time at the FAKE COMA studio in Grosseto (Via Montanara, 3). This work, dedicated to Marco, had to anticipate part of the pictorial-graphic work that should have accompanied the new album composed by 11 tracks that probably will still see Libellula-press (we hope) to follow the phases of presentation and publication; but at the moment nothing is decided and the band is still working working on some mixes.

Oscar Corsetti (CO), is working from the beginning (early ’90) to create his art in a way that can represent with a unique object three very well connected things togheter: “music, words and paintings”. 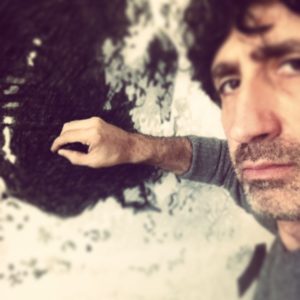 For  contact and info, e-mail to:  twoas4@gmail.com or to cocorsetti@gmail.com